The upcoming open alpha is set to include various new features for users to enjoy in the tourism-based metaverse. 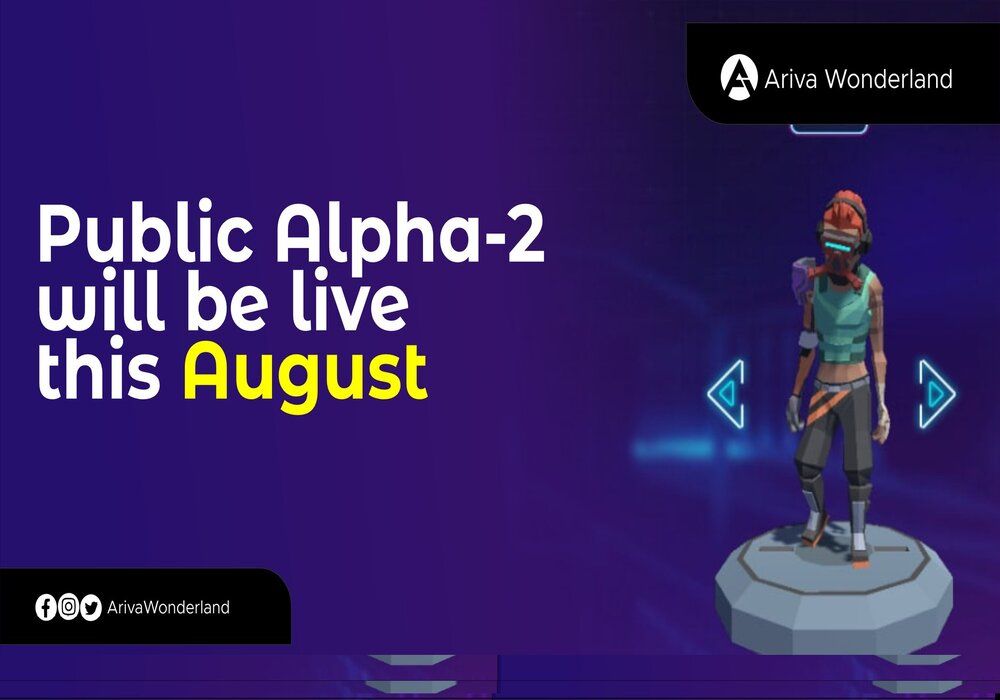 Ariva Wonderland, a tourism-focused metaverse, is set to launch in Public Alpha-2 this August.

The upcoming open alpha is set to include “lots of new features” though what these features specifically are has not been revealed at the time of writing. According to the team’s tweet, more information will be revealed soon.

This blockchain-based title running on the BNB Chain and the Ethereum network is described as a “travel to earn” tourism-based metaverse, in which users explore, socialize, build tourism centers and more, all while earning from doing such activities, according to the whitepaper. It has its own earnable token called Ariva ($ARV). Using the Ariva Creator, users can create their own NFTs to use as well as sell. The world consists of one main crater and 7 different galaxies connected to this crater which features various structures that users can use, such as a theatre, cafe, concert venue, restaurant and more. Each galaxy consists of 7 different craters, while the total amount of parcels available is 160k. The land sale is currently up and running.

It will be possible to explore using a virtual reality device, visiting tourism centers which act like landmarks featuring well-known structures such as the statue of Christ the Redeemer or the statue of Lady Liberty. It will also be possible to time travel, allowing users to see, for example, pyramids in the past, or something else entirely in the same location if they go to the future.