Daily fixed rewards in $AXS for land stakers and more has been revealed by the Axie Land team in their latest progress update. 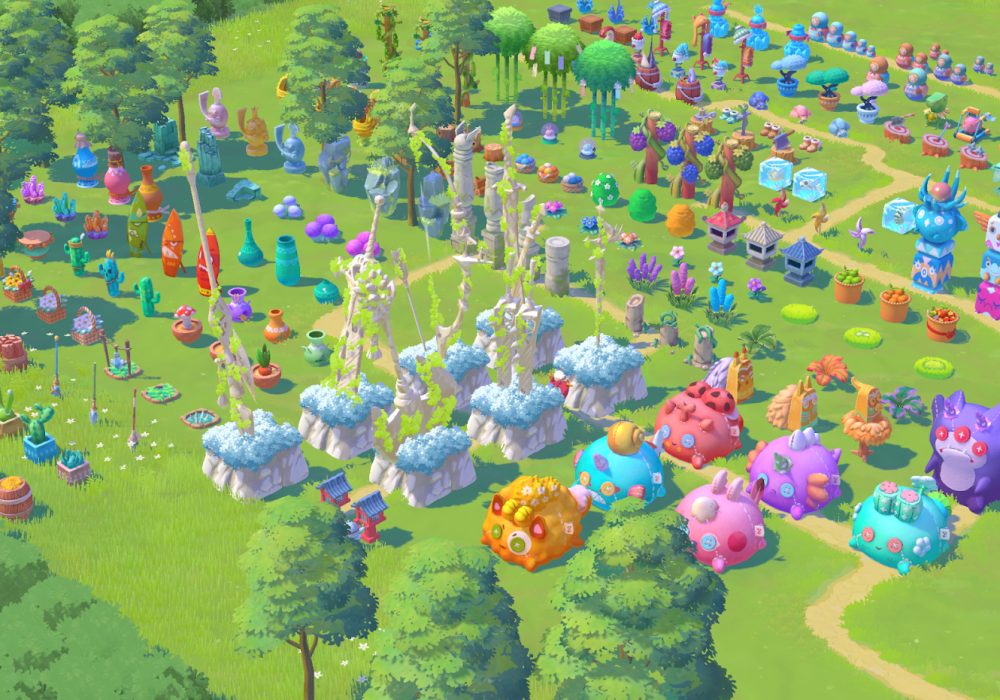 Axie Infinity developer Sky Mavis has recently published a post providing its fanbase with an update on the development of Land Staking.
The team has described the purpose of staking land to be “to increase ownership of AXS among our landholders.”

“Our vision for Land is immense and while our land holders patiently wait to get their hands on Land, we want to make sure that their long term outlook is rewarded with more ownership and influence over our collective ecosystem.”

Aside from getting some work done in the UX department, the developers have also began coding the smart contracts for land staking. This is being developed in conjunction with a person going by the name of Owl, who is described as “a devoted community member and world-class smart contract developer.”

The emissions schedule has also been revealed, allowing land owners to see what daily passive income they can expect to earn from their NFT. With an allocation of 337,500 $AXS/month, landholders can look forward to the following daily fixed rewards per plot: 0.08 $AXS for Savannah lands, 0.26 $AXS for Forest plots, 0.74 $AXS for the Arctic land type, 1.64 $AXS for the rare Mystic lands and finally, 32.70 $AXS for Genesis plots.

A very important bit to note is that this passive way of earning for plot owners won’t last forever. Because the developers want to encourage engagement, this passive model will eventually switch to an active one once the land mode gets “any type of gameplay” that “can support token rewards.” This means that land owners will have to actively play if they want to earn those land rewards.

Speaking of Land gameplay, the Axie Land team showed us a glimpse of an early 3D version last month, covering three main features that will be present in the new game mode: harvesting, producing and crafting.