The major update to the card-based strategy title includes Energy Burst, Keep, a rework of Blood Moon and more. 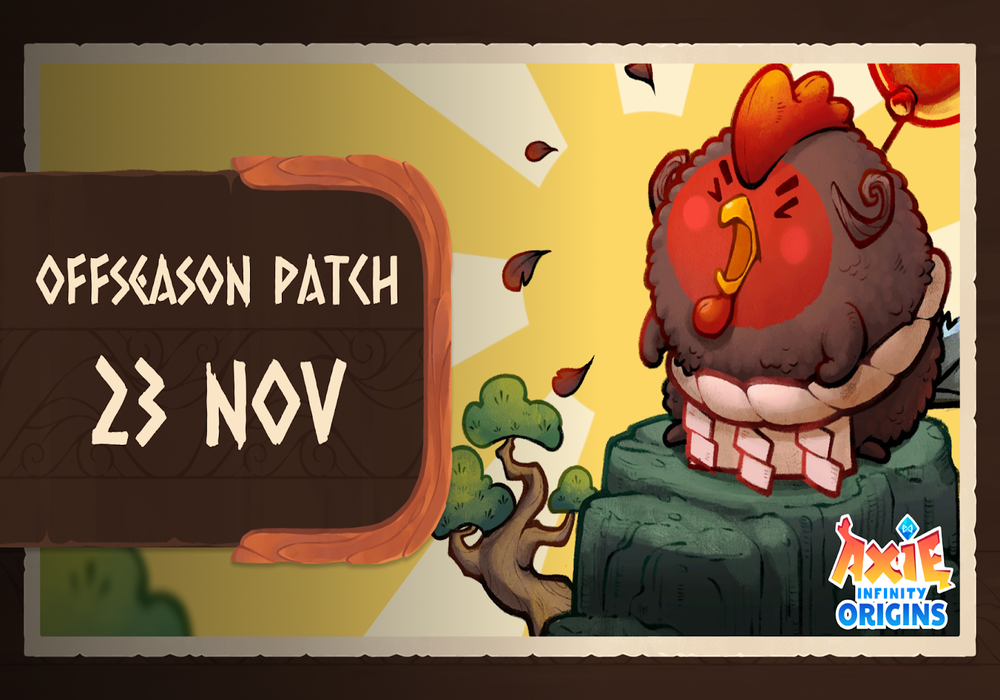 Sky Mavis has announced the release of the Offseason Patch for Axie Infinity: Origins.

The new update went live on November 23 and brings a host of new changes to the card-based strategy game. It includes the introduction of a new game mechanic called Energy Burst. Every time a player uses Energy Burst, their energy per turn gets increased by 1 permanently, while making use of two Energy Bursts ups the player’s card draw per turn by 1, also permanently. Using this new mechanic requires having enough Energy Fragments, which can be collected from the effects of Runes, Charms and Cards, but can also be gained by using energy to play cards, with the amount of Energy Fragments gained depending on energy cost of the card being played. They can also be gained by using energy to “Keep” a card, “except for the free [Keep] given on round 1.” The amount of Energy Fragments needed to activate an Energy Burst gets increased the more it is used, with the player playing second having “a slightly lower requirement for their first Energy Burst to compensate for going second.”

Speaking of Keep, this represents a rework of the Return mechanic, meaning that from now on, players won’t be putting a card from their hand “to the top of the Draw Pile,” but will instead have the option to “Keep” the card in their hand until the next turn, making it possible for players to keep their cards if they still plan to use them but “at the cost of energy.”

The Blood Moon mechanic has also been changed, making it so that, instead of all Axies receiving environmental damage, the updated Blood Moon reduces the Maximum HP of all Axies permanently every turn, preventing players from restoring the Max HP through healing. The reduction starts at 20 damage, and increases by 10 each turn.

Because of these new changes, the base HP of Axie NFTs has been increased from 320 to 400, while Starter Axies “will be adjusted at a later point.”

For more detailed information on everything included in the new patch, check out the official patch notes here.