The Land team shows off an early 3D version of Land gameplay, giving us a taste of some of whats to come. 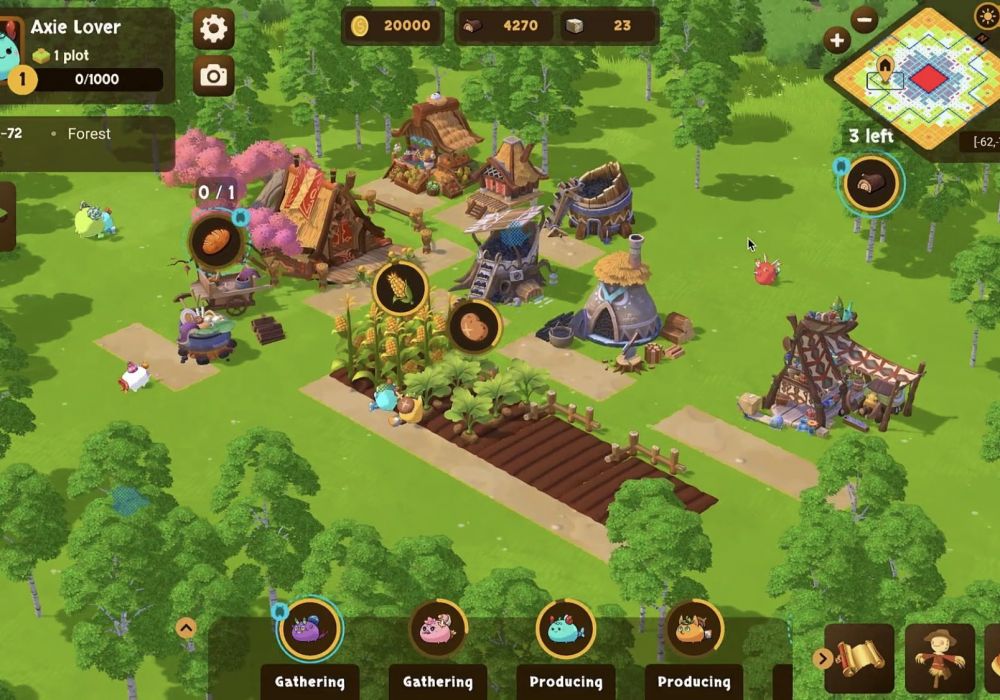 Axie Infinity developer Sky Mavis has been hard at work developing the many aspects of its world of Lunacia while going through a $150m funding round after suffering one of the biggest heists in crypto history. In a recent tweet, we got to see some of that work in action – the Land team has officially unveiled the first ever footage of Land gameplay!

The new gameplay video, showing us a minute and a half of an early version of land gives us a glimpse of what this new game mode, which switched from 2D to 3D, will look like.

Three main features are covered in the clip: gathering, producing and crafting. Axies will be able to gather a variety of different resources. A cute purple Axie can be seen chopping down a tree to collect wood, while its pink friend is assigned to a nearby quarry to mine stone. There will be many different items you can produce, such as corn, carrots, tomatoes, rice and more. The food seems to be tiered into multiple levels, with each item likely to require a certain blueprint in order to unlock them.

A diverse range of food can also be crafted, including noodles and bread, which seem to be unlocked from the get-go, while other, higher-tiered food await for you to unlock them.

“This is a very early version of land. The final product will be much more fleshed out-- we wanted to give you all a visual update nonetheless.”

You can check out the 3D gameplay for yourself right here.