Galaxy Fight Club goes into Open Beta this April 20, the same week it's been approved for Google's Play Store and Apple's App Store. 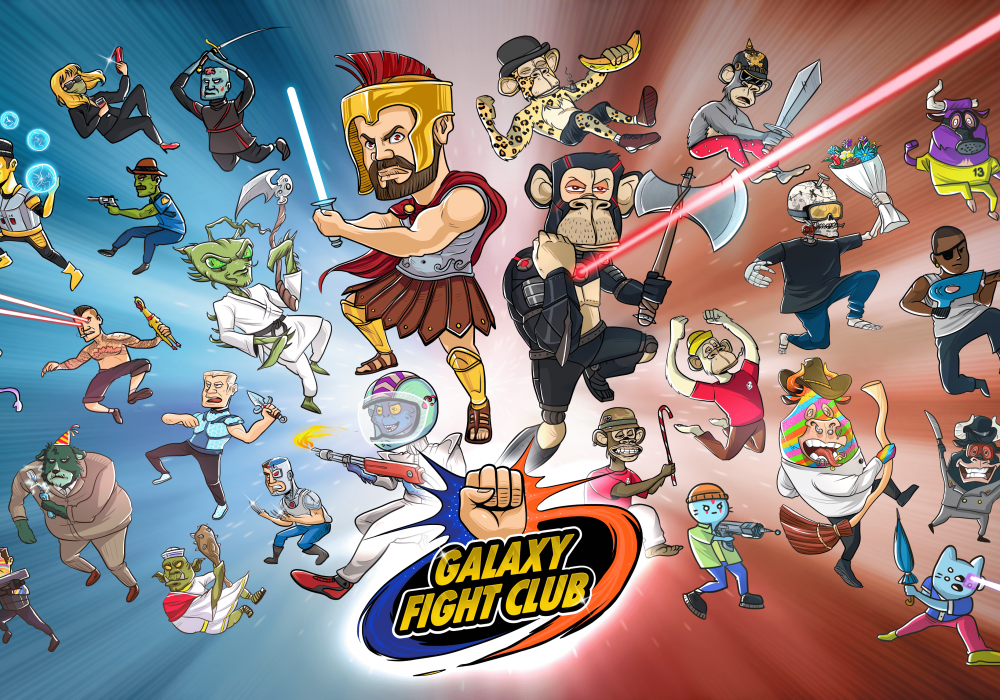 Galaxy Fight Club has revealed yesterday that it has managed to get approved for Google’s Play Store and Apple’s App Store. Subsequently, they also announced that the NFT game is going into open beta testing on April 20th at 11am EST.

The cross-IP, play-to-earn PvP PC and mobile MOBA on the Polygon network has been described by the developers as “the Super Smash Bros of the NFT Universe”, not because of its gameplay, but because of the vast array of partnerships with NFT collections and blockchain games it is forming, whose NFT owners will be able to use the avatar they own in the game. Projects that have teamed up with Galaxy Fight Club include BAYC, Illuvium, Crypto Raiders, CyberKongz and more.

Even if you don’t have an NFT on the Ethereum network, you’ll still be able to play for free, even as a scholar, fighting other players from a top-down perspective using various ranged and melee weapons. The play-to-earn title also has its own NFT collection of Galaxy Fighters, which reward you with 5-15 of the game’s cryptocurrency, $GCOIN, per day, just for owning one Galaxy Fighter.

There will be 4 different game modes: 3v3, 1v1, battle royale and tournaments. The former 3 are available for anyone to play, whether you have an NFT or not, while the latter is reserved for those who have a Galaxy Fighter NFT.

3v3 is the main game mode, where every win earns you one of the following: Silver Keys, Gold Keys or Partner Keys. Silver Keys are earned when playing for free; Gold Keys are gained when using a Galaxy Fighter NFT or a weapon from the Genesis Gear Collection, while Partner Keys are rewarded when playing with an NFT that is part of a partnered collection.  These keys can be sold as NFTs or you can use them together with $GCOIN to open loot boxes which could contain weapons, armor and more.

In 1v1, the player who defeats their opponent 10 times wins the match. Winners do not gain any reward in this game mode. Battle Royale pits 10 players in an arena, whose playing field is ever-shrinking due to a death ring closing the map. The developers have yet to announce the rewards for this one.

Having a Galaxy Fighter NFT gives you access to the tournaments game mode, where teams of 3 can earn up to 2 ETH per week. Teams are not randomly made, so you will have to find people to team up with. ETH/GCOIN tournaments are scheduled for a Q2 2022 release.