In a Series C funding round, Japanese startup double jump.tokyo has raised about $25 million in funding from 16 investors. 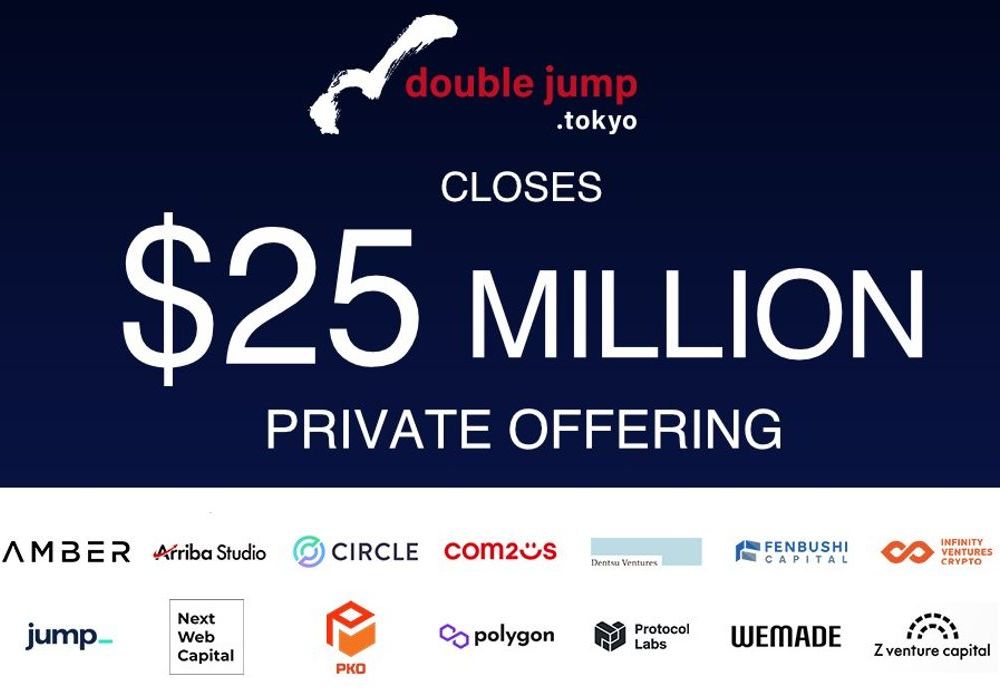 This recent round of funding was led by Jump Crypto, a unit of U.S. trading group Jump Trading, along with a Hong Kong-based cryptocurrency trading startup Amber Group, Japanese venture capital firm Jafco, and South Korean video game developer WeMade, as well as other ten angel investors, who also participated in the funding round.

The company plans to use the capital to develop more blockchain games and to strengthen human resources in order to build games leveraging intellectual properties (IPs).

One of the most popular titles under the company's belt includes My Crypto Heroes. Since its launch in 2018, the startup has been actively promoting blockchain game creation support programs and collaborating on cross-sector projects with a number of NFT companies.

In March, double jump.tokyo announced its partnership with ForN, the company behind YGG Japan. Yield Guild Games (YGG) is a decentralized autonomous organisation (DAO) specializing in the investment of NFTs commonly used in blockchain games. Popular works by YGG include "EREN THE SOUTHPAW" street NFT, which sold for $64,000.

This funding is a manifestation of our investors’ appreciation and expectation for our steady accumulation of the large-scale achievement in blockchain games and IP-based NFT content since the dawn of time in this space.

To promote the joint development of IP-based blockchain games with major game companies, the funds will be used to invest in products, partners, and DAO projects, which help strengthen and grow our group in the upcoming mass adoption phase of the blockchain game market.

Japan is one of the world's most powerful content producers. Many IPs are owned by the country through media such as manga, anime, and games, and new IPs are being developed every day. The country is home to some of the most advanced gaming studios in the world.