On May 3rd, Gala Games announced the May Mayhem event, which will feature $4 million in player rewards throughout the month. 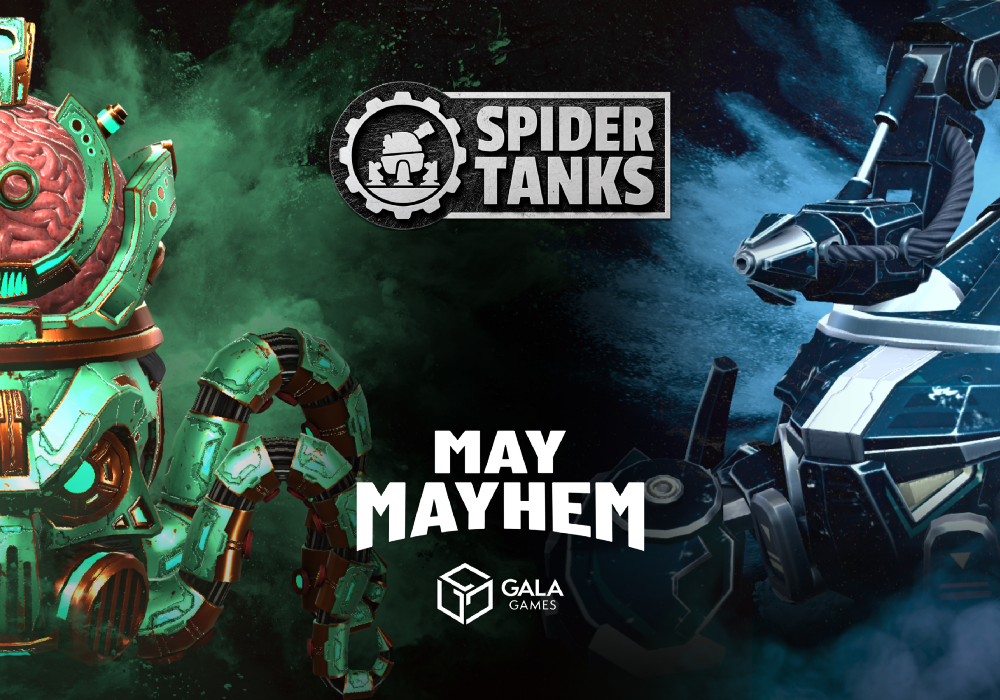 The esports action arena game, Spider Tanks, has launched its month of festivities where players can compete and win rewards in the form of GALA rewards. According to the company, May Mayhem will be one of the most intensive events in terms of rewards.

As part of the event, Gala's flagship game, Spider Tanks, will run a weekly referral competition throughout the month, giving its players a chance to win a share of $1.5 million in May prizes. Aside from the $4 million in total GALA that will be distributed, players will also have the opportunity to win targeted specific NFTs by competing for several titles.

Spider Tanks will hold a $250,000 prize pool tournament every week, with rewards handed out in GALA once the event ends. To qualify for each week's distribution, existing participants must refer six people and each of them must win at least one match. The overall prize fund is then split evenly among those who qualified that week.

Players can compete for various titles, which include most matches played, most wins, MVP Status achieved, and best win rate with at least 40 matches. Payout amounts will be disturbed by the rarity of Tanks.

The no-value TCTESTCOIN of Spider Tanks rewards will conclude later in May, and SILK distribution will officially begin. Another update following the early release of Spider Tanks is that users who do not possess NFT Tanks can now play through rotating free Tanks.

GAMEDIA's Spider Tanks is a PVP Brawler. In the garage, players can choose from a variety of Tank Bodies and Weapons before battling it out in one of the various Spider Tanks arena maps.